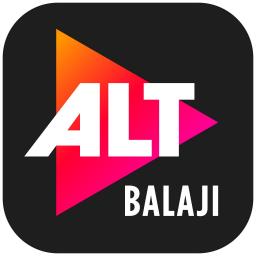 Benefits of Subscription:
• Stream all episodes in HD without interruption
• Download your favourite shows & watch them offline.
• Get fresh & tailored content.
• No limits! Watch all shows
• Stream seamlessly on up to 5 devices simultaneously

• Mum Bhai Web Series
This is the story of the 90s Bombay when mafias used to rule the city of dreams, Bombay and extortion, drugs, kidnappings, and murders were the order of the day. Starring Sikandar Kher, Angad Bedi, and Sandeepa Dhar. Watch Mum Bhai only on ALTBalaji.

• Gandii Baat 5
Gandii Baat, the web series bigger than ever yet again draws the attention of the audience with its youth-centric plot in season 5. The brand-new season of Gandii Baat 5 will take the entire nation by storm with its super sensual performances and engaging young storyline. Watch Gandii Baat 5 only on ALTBalaji.

• Bebaakee
The show, Bebaakee is a story of two opposite characters, Kainaat (Shivjyoti Rajput) and Sufiyaan (Kushal Tandon). Irrespective of their contrasting lives, their mutual love for journalism brings them together. However, the story turns into a love triangle when Imtiaz’s (Karan Jotwani) enters in their lives. Watch Bebaakee webseries on ALTBalaji.

• Gandii Baat
Spice up your life. Experience some fun! When love and lust meet on Gandii Baat (Adult web series), they stir up sexual preferences and equations that are taboo, weird, exciting, and crazy, yet progressive at the same time in today's ever-changing society. All seasons of Gandii Baat web series are now streaming only on ALTBalaji App.

You can watch some episodes of these shows for FREE, both on website & on the app.

Our shows range from thriller, mystery & crime to drama, comedy, horror-comedy & romance. ALTBalaji has online web series for just about everyone.

We have some of the funniest comedy shows & stand-up comedy. ALTBalaji has created original & exclusive comedy show Boygiri to tickle your bone.