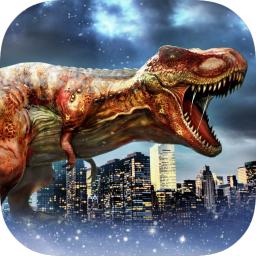 Dinosaur Rampage 2017 : Ice Age Hunter is a first person survival and hunting simulator where you hunt the largest and most dangerous creatures to ever exist – DINOSAURS.

The entire city plunges into chaos when all the genetically-engineered reborn dinosaurs breaks loose and goes on a rampage across the city in ice age and turns into a nightmare for entire human civilisation. Now you're playing a role of an ex-military animal expert to save the day.

FEAUTURES -
- Hunt the largest and most ferocious animals known to man – the Dinosaurs!
- Gigantic freely accessible city for a great open-world experience
- Beautiful and realistic high definition graphics
- Smooth & user friendly controls
- A multitude of different Dinosaurs, from Herbivorous to the Carnivorous including carnotaurus, spinosaurus, Tyrannosaurus (Trex) and many more
- A variety of weapons and equipment to choose from
- Map and Radar to locate and track Dinosaurs
- Free to play game