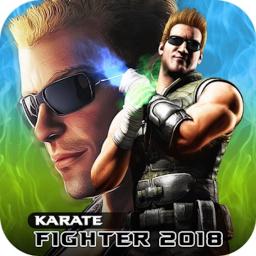 Karate fighting is street fighting club is an immortal 3d street fighting superhero domination game, pace of energetic combos will leave you speechless fight, Chose your character wisely and compete the opponents in street fighting arena. The use techniques are to be seen across many shapes of Martial arts.
You can kill enemy by different weapons like rod or knife. It is a death war game to defeat enemy the stronger will alive and loser will dead. Defeat all the opponents to become a real ninja champion fighter of the game. Fighting style give you a best move to kill the enemy.
Realistic environment and smooth control of joystick give you a lot of enjoyment at the time of fight. Also the background music of game and fighting sound effect give you a real feeling of fight.
Your hero instinct and revenge on street in Street ninja fighting Combat. Compete the opponents in street fighting arena. Enjoy an unprecedented and devastating brave learns to fight combat experience. Fight on Street, Face multiple enemies, use quick reflexes and special moves, devikick unleash power combos and beat your opponents to become King of street fighting.
Opponents are very dangerous and experts of boxing champions this is the cause of failure of locals and their kung fu skills get a head down when they face boxing street fighting. Identify their week points and come up with strategy to eliminate the power opponents in this brutal ninja fighting war. Keep your fighter strong in this learn to fight fighting game because the enemy count will increase in each level.
Now it’s not the time to hide your Kung fu skills against street fight, Get ready to finish this endless brutal super hero ninja combo immortal game. Opponents are ninja experts of boxing champions this is the cause of failure of locals and their kung fu skills get a head down when they face boxing street fighting.
USE PUNCH, KICK AND KNOCK OUT THE OPPONENT
There are two different environments endless rounds in each kung fu; all you will do is to defend yourself. Fighting like a legend, move swiftly, release the kung fu punch and do the rest upon your opponent. Be a fighter in this endless fighting game by standing, enduring and knocking down like a superhero.
STRIKE TO STAND FOR THE FINAL BOSS
Karate fighter! There are two kung fu fighting rounds in each of the game level. Each round would be considered the final one and will take you for the next generation arcade fight. So preserver your some strikes, some arcade actions and blow when you will see your opponent in weak ends.
Participate in fighting of battle nations! Take a step into a war room with a battle cry: become the top warrior king and make a critical annihilation to everyone in fight list even to the mighty Karate king by a warrior blade in a ruthless scuffle using various types of medieval war lethal weapon! Repeat your karate fighting, enter the war room again, take part in a fighting fantasy, and return his leadership in a war of crown of Immortal War Fighting Fantasy!
Features
• High quality visuals and Audio effects
• Smooth Gameplay
• First time ever, combo of karate and martial arts
• Based on real physics based fight actions
• Tones of fighting levels, each environment endless
• High quality effects of fighting

Immortal Karate Fighting was featured in iOS Store on 2 placements in 대한민국 on 2018년8월19일.