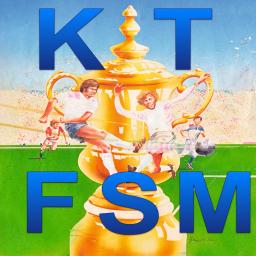 ALL in app purchases now included for FREE.
Kevin Toms wrote the original Football Manager, considered an all time classic and still played by many, decades later.
With Football Star * Manager, he has re-created the addictive fun of that game, for modern devices.

Pick your team, buy and sell players, work your strategy and go for it, with the Match Highlights showing what happens in an exciting way.

It is a game you can take with you and play anytime and build up your saved game history of your team. It's easy to play and if you played the original classic Football Manager you will feel nostalgia. - A game that is much easier to learn and play than similar Football Manager games but with a subtle depth.

This game is all about fun.

With familiar features: 4 Divisions, Promotion and Relegation, Cup Matches, + Euro Cup matches, Transfer Market - Buy and Sell Players. Strategy and Tactics, Build up your squad, Deal with financial pressures, and try and make your club rich and successful as you climb the league and have a lot of fun doing it!