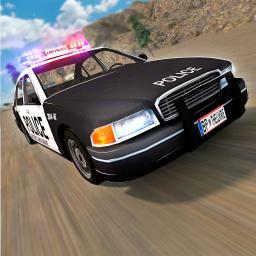 Win the civil war against military tanks in this addictive game!
A military coup d'état is taking place in Afghanistan! The army dismissed the government and has assumed direct power: A great part of the population and cop forces are fighting against this military coup to maintain the democracy in the country... The war has just started: Help the cops and civilians to take over the capital, a vital place to win the war against the army.
It will not be easy to fight against the military army but there is no other way to win!

Survive as a cop escaping from the military tanks in this civil war! Become a national hero by crossing the city full of tanks to inform the civilian government of the latests movements of the army!
Are you ready to start?

- Fight for your democratic values as a cop against tanks who threaten the security of the country
- Learn to avoid every enemy by dodging tanks at full speed and remember: Your goal is to survive the tanks attacks!
- Easy mobile controls which make it easier to play and immerse yourself in this awesome game full of action!
- Intuitive game rules: This funny game is easy to play but hard to master!
- Incredible desert landscape with bright and colorful graphics!
- Share your highest scores of these cops and tanks war games with your friends on Facebook, Twitter and Google+!

Start now this challenge and become the best cop of your country! Develop your own tactics to survive and win as much points as you can!
Have fun!