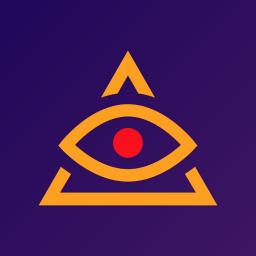 By George Tait and Ron Leshem

An impromptu piece of mentalism with an ordinary iPhone.

Effect: At any time that you like, prove to a spectator that you made an accurate audio prediction, days in advance, of an object(s) they have seemingly chosen at random.

The object is limited only by your imagination and skill. Things you can predict:

Note that this effect is achieved without the use of any of the following:

Prophesy Voice also features a Pro Version that allows you to predict cities named "at random" by your audience by opening up your standard Maps application to show a pin placed at precisely the location mentioned by your spectator. Performing for more than one spectator? Allow two cities to be named or written down and, in an ultimate display of coincidence(?), show that those two cities are currently connected on your Maps with driving instructions.

Pro version gives you these bonus performance options, plus unlimited access to the tools found in the Basic Version of the app.

You will receive written instructions, as well as a link to an explanation video on YouTube clocking in at over 1 hour, jam-packed with instructions, routines, tips, and other ideas.

Prophesy Voice makes it possible for magicians of all skill levels to perform a mind-boggling audio illusion. The more time and practice you put into this app, the more personal, and powerful the effects you can create!