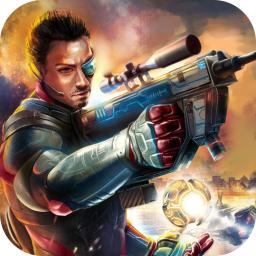 War has evolved, and so has the best FPS Multiplayer on mobile!
The incredible online confrontation of terrorists and counter-terrorists in free multiplayer sessional online shooter "Standoff".

Step onto the battlefield with the game that raised the bar for first-person shooters. Create a squad, add your friends and test your skills in dynamic multiplayer warfare against online rivals from around the world!

Are you storm trooper, sniper or do you prefer stealth operations? Choose your role and weapons in multiple game modes like Team ,Deathmatch,Arms Race or Sniper Duel and show your supremacy. Overwhelming action, multiplayer and ranking system wouldn't let you relax.

Prefer to work alone? Then step into the thrilling solo campaign as you shoot your way through one dire situation after another to save a world on the brink of anarchy and expose a lunatic’s apocalyptic plans.

FEATURES:
1, 3 customizable classes that you can level up.
2, Both single- and multiplayer game mode
2, Multiple weapons to select
3, Individual and Squad leaderboards
4, Win cool rewards in the limited-time events
5, Upgrade gear system
6, 3 maps for you to challenge

Play with your friends over the network or online with thousands of players from all over the world!