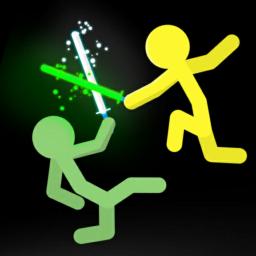 Experience the ultimate thrilling challenges with amazing missions when you start the supreme stickman battle fighter. The game is made for you… So get your hands on the amazing ultimate stickman fighting battle arena. You have to fight against the stickman opponents. You don't need to show any mercy for them as you need to become the champion in this supreme stickman battle fighter arena game. Use suitable weapons where required as you can unlock a variety of weapons. As soon as you complete the levels you will unlock next missions and that will lead you towards the winning platform. Use tricky techniques from which you can dodge other stickman opponent to beat him. As a champion stickman hero your survival is a must. Play in such a defensive mode that you can win the supreme stickman fighting battle. Complete the challenging missions and collect rewards to upgrade your energy and weapons as well. Fighting against enemy stickman collect rewards and become champion of supreme stickman battle fighter simulator.