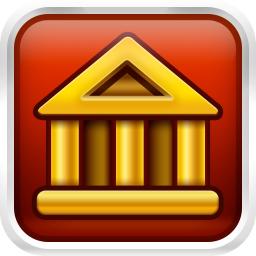 Start your adventure for free and purchase the full version without leaving the game!

Welcome to Cradle Of Rome! Use the chance to build Ancient Rome, the most legendary city of all time! One of the powerful capitals that have ever existed wants you to become its Emperor! Conquer 100 intuitively designed levels by swapping tiles and matching three or more in a row. Collect supplies and build 5 historical epochs.

You start at the beginning of Cradle Of Rome game… First a village appears… Then you buy a fountain and a tavern… Will you choose the water mill or the blacksmith next?
Play more and watch your city grow into a vast and magnificent center of life, the heart of the antiquity! You'll be able to reconstruct masterpieces of Roman architecture, build the Coliseum to train gladiators, and even rebuild the Pantheon, the Temple of all the Roman Gods to bring you even greater luck! As Rome grows, the citizens who populate your city will proclaim you Emperor as a Head Priest considers a worthy tribute!

Rise from an emerging ruler to the most powerful name to cross the mouths of both mortals and gods. Do this, and solve the puzzles that will be put before you, and you will enter Olympus - the Home of the gods! The fabulous lands of Caesar open their gates in front of you in our new puzzle game: Cradle Of Rome!

After purchasing the full version of the game you will get access to the following features:

- More than 20 masterpieces of the Ancient Roman architecture to build!
- 5 historical epochs where you start from a small village and construct your way to the Golden Age of the Roman Empire!
- Challenging ranking systems that let you become the Emperor of the great Rome!
- 8 original bonuses, including lightning, shield, star, mixer, bomb and many others!
- Build and conquer your way to the legendary Mount Olympus with over 100 levels sure to keep to wanting more!

MORE AWEM GAMES
● Cradle of Persia – Match your way through 100 levels to reveal the secrets of ancient Persepolis!
● Cradle of Rome 2 – Journey through 5 epochs of matching fun and exhilarating process of building the city!
● Cradle of Egypt – Build your own Egypt in the lastest game of the award-winning Cradle series!
● Golden Trails: The New Western Rush – Intriguing detective and romantic storylines and your chance to have the greatest adventure!
● Golden Trails 2: The Lost Legacy – Find over 2 000 hidden objects all around the world to reveal the secrets of the pirate's treasure!
● Golden Trails 3: The Guardian's Creed - Track the treasure and solve the riddles of the past in this hidden object game with the Templar setting!
● Letters from Nowhere – Follow the letters from a spirit in more than 30 stunning locations and collect powerful artfacts to unlock the mystery!
● Letters from Nowhere 2 – Challenge your searching skills and find missing Patrick in this cryptic hidden object game!
● Romance Of Rome – Love and treachery, adventure and jeopardy await you in this amazing HO game!
● Star Defender 3 – A wide array of alien spacecrafts in more than 100 breathtaking levels!
● Star Defender 4 – Eight huge missions to save the humanity and become the hero!
● Check iPad App Store for more AWEM games!