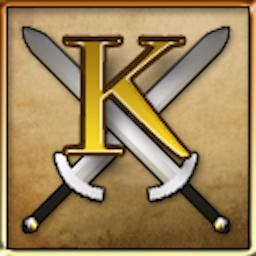 EMPEROR received some great review scores!
9/10: "Did I really like it that much? No, I loved it." (calmdowntom.com)
88%: "It was a pleasure for me to play and review Emperor." (familyfriendlygaming)
4 out of 5: "I can see this being something added to a family gameday." - nwcn.com

EMPEROR - THE DYNASTY is a turn-based strategy game set in the middle ages, in which you assume control of a German prince. You will be busy with diverse tasks, such as constructing fields, erecting markets and deploying armies. In order to extend your own empire you must conscript armies and lead them to enemy provinces. However the contentment of your people, which is held in balance by the skilful allotment of food, decreases through wars and violence. Leading your empire to the top may bring you new titles or maybe even the imperial crown!

- Build your own Empire
- Map of Europe includes 80 provinces
- Build mills, barracks and foundries
- Defend your land with soldiers and cannons
- HotSeat-Multiplayer for up to 4 players
- Multilanguage version (englisch and german)

Emperor - The Dynasty is based on the old-school game "Kaiser" from the C64 computer. So please do not expect a very complex management game. The goal was to achieve a "remake" with modern graphic but without any new features!

>>> 9 out of 10:
"Did I really like it that much? No, I loved it. I’m a big fan of turn based strategy and this is one I will repeatedly play in my collection. The classical sound track with the game is a nice touch too. Definitely worth a purchase." - calmdowntom.com

>>> 88%
"It was a pleasure for me to play and review Emperor – Kaiser. I learned some video game history I did not previously know, and I found a neat little strategy game in the process on the iPad. Comport Interactive did a great job on this game. I look forward to seeing what they publish in the future." - familyfriendlygaming.com

>>> 4/5
"In all Emperor - Kaiser is fun and with the multiplayer I can see this being something added to a family gameday." - nwcn.com