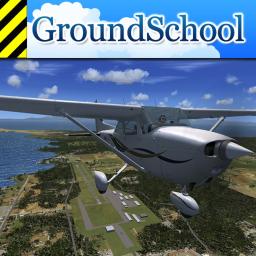 * Actual FAA Questions (ACS) Current and Valid for Right Now: What you see in the app is highly likely to be exactly what you see on the actual test. Use the program's built-in self-update feature to get the latest question set and illustrated explanations via the Internet.

* FREE UPDATES FOR LIFE: so that whenever you're ready to take the test, the app will be there to help you study (and then review later on). Unlike with books, which are getting out of date from the moment they are printed, update capability is built right into the app. So, when you receive this product, you will be able to update it with only a few clicks now and in the future and be sure that you are studying from the latest available questions.

* Intelligent grouping of questions by subject area and specific test: If you study with books, the questions for multiple tests are listed together, making it difficult to avoid studying material that does not apply to you. Our app separates this out, allowing you to concentrate only on those questions that you will likely be asked.

* Fits the Way You Want to Study: Regardless of whether you just want to memorize the questions quickly or you really want to learn the material deeply, GroundSchool can be configured to suit and is remarkably easy to use.

* Compatible with all FAA "ground school" classroom-based courses: If you're enrolled in a formal "ground school" at your FBO or college, this app will help you get to the head of the class.

This is FAA Written (Knowledge) Test preparation app to help you prepare for aviation-related multiple-choice knowledge (computer-based written) tests given by the USA Federal Aviation Administration. This app will help you study for the FAA written (knowledge) tests listed elsewhere on this screen.