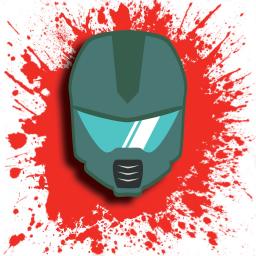 "...profoundly simple and fun game that demonstrates once again that gameplay is king." - InsideMacGames

Kill Dr. Coté, underground Mac bloodbath, winner of the "Best Gameplay" award at uDevGames 2004, and inspiration behind Freeverse's "Kill Monty" is back and available now on the Mac App Store!

Prepare yourself for a top-down arcade shooter that will push your reflexes to their limit! Inspired by the dual-joystick arcade games by Eugene Jarvis (Robotron: 2084, Smash TV) Kill Dr. Cote is a twitchfest that will bombard you with more enemies, body parts, and explosions than you will ever see this side of Dante's Inferno.

Enter the laboratory of the diabolical Dr. Cote, where an endless tide of soulless hunter killers will attack you from every angle! Mow through them with machineguns, railguns, flamethrowers, lasers, grenades, and the jaw-dropping ARMAGEDDON BEAM and face off against the Doctor himself!

And for the ultimate test of your shooting skills, turn the game up to EXCESSIVE DIFFICULTY where tens of thousands of enemies will form a veritable ocean against you, and all your guns will be cracked out to MAXIMUM POWER.

It's so sick and twisted you'll almost feel bad for getting addicted to it. Almost.