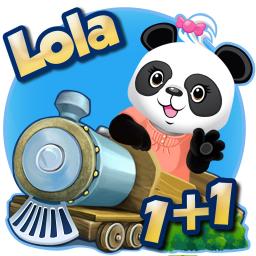 Join Lola on her journey! Specifically designed for children 3-7 years old, Lola’s Math Train encourages children to learn key skills like adding, subtracting and puzzle solving all while having fun!

What do professionals say about Lola’s Math Train?
WIRED: “I really like math", my six-year-old announced, Geekmom, Melissa Wiley
Famigo says: "5 stars! Cool"
It’s jeanette.com: ”By far the best app you could let your children between the ages of 3-6 play with.”
iMore.com: “Not only fun for your child, but also very educational”
The iPhone Mom: “Lola’s Math Train is another quality app from BeiZ and I have to say Lola’s friends are absolutely adorable.”