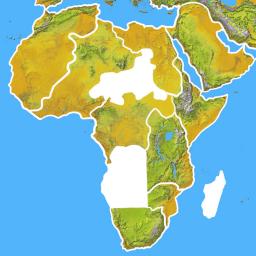 Can you rebuild these maps from the past and present? Like a jigsaw puzzle but each piece is a cut-out section of the map which needs to be put back into the right place. Now with 74 available puzzles...more coming soon!

EASY TO LEARN
Simple drag and drop interface that works for adults and children. A simple tutorial on "How To Play" is included. Puzzles in each pack start easy and get harder the more you do.

HARD TO MASTER
Puzzles range from easy (solve in minutes) through to very hard (may take an hour). But don't worry, your placed pieces are automatically saved so you can do the puzzle over several sessions. You can also turn on and off useful guides like outlines or a ghost image depending on how hard you want it to be.

EDUCATIONAL
The maps span time from ancient eras to the modern day. A range of map types are also represented including world, country, city, story, constellations, geological and weather. Once a puzzle is completed you can explore a zoomed in version to read the fascinating details on the map.

FAMILY FRIENDLY
All puzzles are family friendly with the easier puzzles well suited to your younger puzzlers.

PEACEFUL
An uncluttered puzzle solving space lets you be in the moment as you work your way through the puzzle at your own pace.

GROWING
Download for free and try your hand at 14 included puzzles (Easy to hard). Then unlock each pack of 14 puzzles with a small in-app purchase. Or purchase "Unlock All Packs" to unlock all current and future puzzles in this app. More packs coming soon. Why not let us know which map types you would like to see.

HELPFUL
Some of the puzzles are hard. If you get stuck, use the Shuffle button to get new pieces, the Auto Fill feature to put those difficult pieces into their correct places or a Ghost image to help you find the right place.