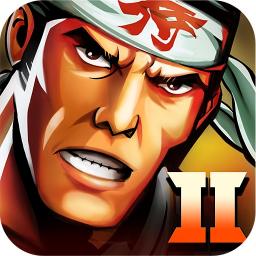 >> One of the most beautiful games for iPhone/iPad arrived on the Mac App Store ! <<

Samurai II sends Daisuke on a quest for revenge across the war-scorched countryside. From a seafaring village to a flying fortress to the legendary Isle of the Dead, the samurai will stop at nothing to hunt down his arch-enemy Orochi. Will he get his Vengeance?

- Stay nimble and plan your attacks – roll out of harm’s way and eliminate ranged enemies like the Samurai Archer before they can strike.

- Dynamic camera finds the best perspective for each encounter, adding variety while keeping focused on the action.

- Survival mode pits the samurai against waves of enemies, giving hardcore players a score-attack mode to hone their skills. Two games in one!