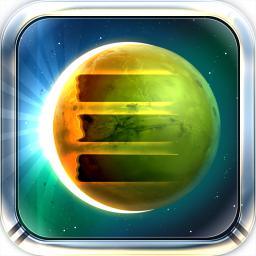 Take the fight to the alien homeworld and unleash a massive arsenal of weaponry!

* A powerful commander mech which can level up and gain new abilities as you play!

* Over 20 unlockable turrets, orbital ship weapons, automated drones and abilities at your disposal!

* Customize your weapon loadout in the Armory to match the demands of the mission!

* Endless modes for all maps with online highscores.

* Classic mode allows you to compete for scores in a pure skill-based game mode.

* Exclusive music by the creators of the Sentinel 2 music - Specimen A.

pocketgamer.co.uk - GOLD AWARD
"A game of immense quality, Sentinel 3: Homeworld represents the best of the tower defence genre with both depth and immediate action."

touchreviews.net
"The Tower Defense Game that all TD games will now be measured by."