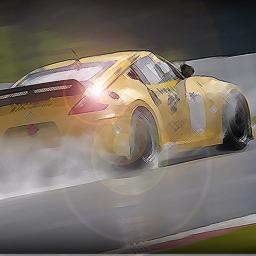 You have ten different circuits to race and a lot of other features that you will discover while playing.

The graphic is colorful and detailed, the cars have a very good control system, the sound is really nice;

listen the engine of your car and tries to keep it always at a good speed to snap the turbo when you need an extra boost!

So get it now!