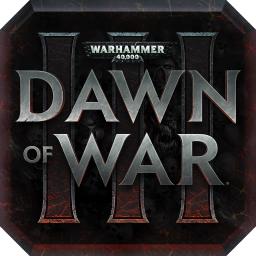 Step into a brutal battle between three warring factions

In Dawn of War III, Space Marines, Orks and Eldar engage in colossal battles for control of a mysterious weapon which will determine the fate of all three.

The following Macs are capable of running the game but do not consistently meet the standards required for official support:

• Due to the online requirements of Dawn of War III, a Calico account is required to play the game

Warhammer 40,000: Dawn of War III © Copyright Games Workshop Limited 2018. Dawn of War III, the Dawn of War logo, GW, Games Workshop, Space Marine, 40K, Warhammer, Warhammer 40,000, 40,000, the ‘Aquila’ Double-headed Eagle logo, and all associated logos, illustrations, images, names, creatures, races, vehicles, locations, weapons, characters, and the distinctive likeness thereof, are either ® or TM, and/or © Games Workshop Limited, variably registered around the world, and used under license. This release was originally developed by Relic Entertainment and originally published by SEGA. SEGA, the SEGA logo, Relic Entertainment and the Relic Entertainment logo are either registered trademarks or trademarks of SEGA Holdings Co., Ltd or its affiliates. All rights reserved. SEGA is registered in the U.S. Patent and Trademark Office. Developed for and published on Mac by Feral Interactive Ltd. Mac and the Mac logo are trademarks of Apple Inc., registered in the U.S. and other countries. Feral and the Feral logo are trademarks of Feral Interactive Ltd. All other trademarks, logos and copyrights are the property of their respective owners.