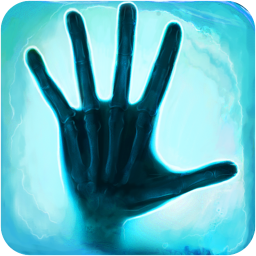 Solve the mystery of the missing journalist in this Hidden Objects adventure!
Free seek and find game in the "Hidden objects" genre. The game is really FREE - you can play it for free and go through all the locations without in-app purchases!
You go on a journey through an abandoned city to unravel the mystery of a missing journalist. The sci-fi story line, realistic graphics, puzzles, mini games and searching for hidden objects and differences will make journey unforgettable.
Features:
- free game, i.e. no in-app purchases required
- 55 realistic post-apocalyptic scenes
- 37 challenging game locations: search for items and hidden objects, solve puzzles
- most of the objects are real vintage!
- a unique system of photo hints for finding hidden objects
- search for objects with an assistance
- 12 languages avaliable
Description:
This story begins with the disappearance of the journalist John Doe. A few years ago his stories on the disaster at the Wheel of Time Corporation’s research center led to a public outcry. The corporation was forced to officially acknowledge that the site of the accident was dangerous. The area was quarantined and placed under the control of the military. John Doe refused to stop investigating the Forbidden City. He insisted that the corporation was hiding information about the constantly-expanding perimeter of the quarantine zone. Word also spread that the quarantine zone itself was anomalous. Later that month John Doe’s managing editor announced that the journalist had vanished. It would seem that, despite the prohibition, he went to the quarantine zone to continue his investigation...
Game mechanics:
The game includes scenes where the task is to find objects and hidden objects (a seek and find genre), transitional scenes between search locations, scenes for finding differences, mini-games and puzzle scenes on rotating squares.
In many cases, when all the hidden objects are found, you need to find a key object to unlock the access to the next location.
In the scenes where you need to search for objects, there are hidden objects that can come in handy in the future.
These found objects are stored in your repository and can be used later. For example, a key opens the door to the next scene.
The game contains many sets of hidden objects. That means that even if you completed the search in one location, you can repeat it with a new set of hidden objects for a new achievement. [!you!]
The ability to play the entire game for free without in-app purchases really means that it is a free game.
If you are looking for high quality, free logic games, then the Time Loop searching game is the right choice for you!
More than 1 000 000 downloads of mobile versions of the Time Trap – Hidden Objects searching game.
We'll be happy to stay in touch with you at www.facebook.com/CrispApp : leave comments, ask questions and get news about coming games!