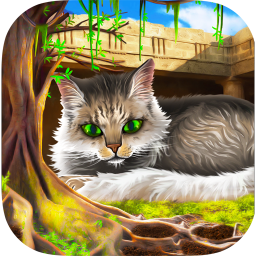 You are a Sentinel bound to Panmorphia & the four elements that govern it. With the use of the amulet you are able to wield all four elements & travel through the aether!
In the first adventure, you used your ability to wield each element and transform yourself into the animal that best represented it! That enabled you to alternate between each animal's point of view and save the four trapped elements!
In your second adventure, Panmorphia calls out to you once more! You are being sent to the Lost Temple to enchant the amulet and evolve your powers! Doing so will enable you in the future to swap freely between the four elemental forms!
The Lost Temple is like no other! It has four sides, each representing the four elements! Your powers enable you to do magical things such as breathe underwater, turn day into night, summon the wind, and many other wonderful surprises!