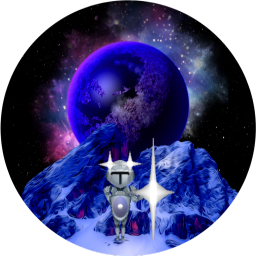 The Lords of Moonlight

You are Lord Moonlight, on a world amongst the stars in the Southern Hemisphere.
You must recruit the Celestial Lords, absorb their power, and defeat the Dark Lord Gargantua.
The Dark Lord is also trying to recruit the Lords, absorb their power and create a Black Hole to destroy them.
If he can convert all of the Lords before you destroy him, the black hole will be created and all of the stars will be lost forever.
You can only recruit a Lord if your power is greater than theirs.
If Lord Gargantua has converted a Lord into a foe, you must first absorb his power, and then convert him back to your friend.
Controls:
Touch the right edge of the screen to turn clockwise.
Touch the left edge of the screen to turn counter clockwise.
Touch the top part of the screen to move forwards.
Touch the compass to move backwards.
Moving forwards or backwards takes one hour of day time, or two hours during rain or snow.
Touch the control buttons in the centre to talk to the Lords or end the current day.
Touch the Star Map to display the stars and provide further options
Touch the edges of the Star Map to scroll around the map.
The World:
On this world are various celestial objects that can aid or hinder you in your quest.
Star Spires and Power Grids can absorb some of your power if you stand directly in front of them, or they are directly behind you.
Star Columns and Statues can give you some power if you stand directly in front of them, or have them directly behind you.
But this takes time, and time is against you.
The weather can also reduce your travel during the day, rain and snow storms will hinder your journey.
At the end of the day, all Lords including yourself, receive an additional charge of power.
Lord Gargantua uses this power to recruit other Lords and absorb their power.
Use the Star Map to search for the Lords and avoid the power grids.
You have the following options on the Star Map:
Play the game
Start a New Game
Change the Difficulty level during the game.
(Easier gives you some extra power and reduces the Dark Lords ability to recharge quicker)
(Harder gives the Dark Lord a greater charge each night)
Save your progress.
Load a previously saved progress.
Quit - You can quit the game and let the Dark Lord be Victorious.
Guide - displays this guide