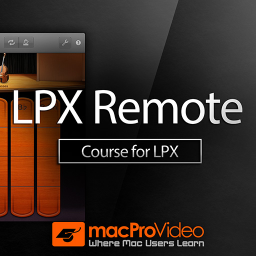 Screen real estate is valuable, especially when you're working with lots of plugins or mixing on a laptop! Enter Logic Remote, the FREE app designed by Apple to work exclusively with Logic Pro X.
In this course, you learn everything from setup to mixing and even some performance techniques, to unleash the power of Logic Pro X and control it directly from your iPad.
This app is amazing. When you're mixing, Logic's mixer appears on the iPad's multi-touch screen. Working on a cool synth track? Simultaneously tweak that track's Smart Controls right in Logic Remote – switch tracks, and Logic Remote follows right along. Even play awesome leads using Logic Remote's scale constrained, custom keyboards. Need to look up something quick in the manual? Point to it with your mouse and read all about it on the Logic Remote Smart Help screen.
So download the free Logic Remote from the App Store and then watch this course to learn how this amazing app will become an essential part of your Logic workflow!