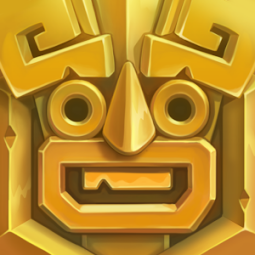 Embark on an amazing adventure in Impossible Island game! Join Lacey Goodwin as she journeys to solve an ancient island’s mysteries in this free match-3 game!

When architect and city-girl Lacey Goodwin receives a missive from her grandfather, requesting that she return to the island of Rockvista Key to witness his latest scientific discovery, she would never have guessed the events that would transpire. After a series of impossible events, Lacey finds herself lost in time, catapulted into the past along with her faithful pet and companion, Jola.

Now trapped on an island filled with mystery, danger, and strange new friends, Lacey must use all her cunning, grit, and cleverness to find her way back home. In Impossible Island, you’ll play as Lacey as you dive into the mystery and adventure that lurk around every corner.

Impossible Island is an amazing match-3 adventure filled with challenging puzzles and quests! But the fun doesn’t end there! The game is chock full of these fantastic and unique features:

A Suspenseful Story: as you embark on Lacey’s thrilling adventure, you’ll soon learn that not is all as it seems on the island. Lacey’s journey to return home is fraught with enemy shamans, strange scientific phenomena, and a dark shadowy figure that prowls the village’s borders…
Engaging Gameplay: you’ll play your way through story-driven quests, match ancient gems, solve challenging mysteries, and build Lacey a new tribe as you work to get her back home.
Forgotten Secrets: the island is full of strange and incredible mysteries, mysteries so old that even the native Mayans do not know their purpose. A sealed temple, a vanishing cave, strange blue lights, and a fallen ‘metal bird’ are but a few of the island’s secrets.
An Ancient Tribe: along the way, Lacey will learn to become part of the tribe again as she grows close to the residents of the burgeoning village. Strangers to the island themselves, the newly-established villagers need Lacey just as much as she’ll learn she needs them.


Impossible Island is a thrilling match-3 puzzle game that you can play for free both online and offline! Join us in this addicting adventure game full of twists and turns that’s sure to become an instant classic!