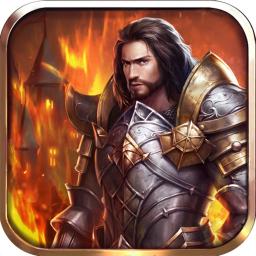 Want to play the real-time 3D strategy war game? Land of Heroes - the best real-time fantasy strategy game in the Middle East is coming. Integrated in RTS, RPG and MMO game play ways! Recruit powerful heroes, lead orc, human, dwarf and elven troops to form your own exclusive army to crush enemies and instances! Strike down your foes, conquer the kingdom and become the king!

Game Features
-A Real-time Strategy War Game
Join with millions of ONLINE players to build kingdom, to clash with enemies in real-time!
-Powerful Heroes
Recruit and upgrade heroes with unique skills and talent! Dispatch them into PVP/PVE battle with different races of troops!
-Create or Join Legion
Form a legion with player who shares the same passion and goal, rally together to take down the Throne.
-Craft Unique Equipment
Upgrade/ Evolve the equipments, embed with Gem to increase the power!
-Graphic Reports of Battle
Experience the thrill of combat in beautiful 3D graphics!

What are you waiting for? Land of Heroes, the tale will be written by you!