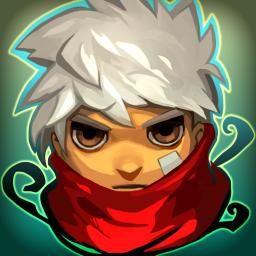 Bastion for iOS features all the highly acclaimed artwork, music, and narration that Bastion is known for, along with intuitive touch controls. Explore more than 40 lush hand-painted environments as you discover the secrets of the Calamity, a surreal catastrophe that shattered the world to pieces. Wield a huge arsenal of upgradeable weapons and battle savage beasts adapted to their new habitat. Finish the main story to unlock New Game Plus mode and continue your journey!

Bastion is the first title from Supergiant Games. We're a small developer with big ambitions: to make games that spark your imagination like the games you played as a kid. Follow @SupergiantGames on Twitter or visit us at www.supergiantgames.com.