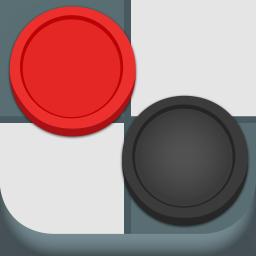 Hands down the best Checkers for iOS!

Tired of playing Checkers that looks like it was made in 1992? Step into 2017 and give ours a try!

- 1 or 2 player gameplay.
- Multiple levels of AI difficulty.
- Modern HD retina graphics.
- Six beautiful themes to customize your experience.
- Set your avatar from a wide selection of choices.
- Sleek and easy to understand UI.
- Lots of options including forced jumps, player turns, and more!
- Better animations than any other Checkers game.
- Universal app works on iPhone and iPad.
- Checkers is also known as Draughts.