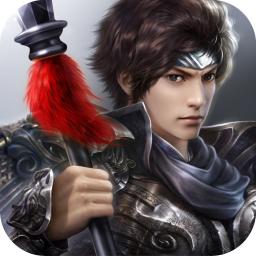 3D ARPG game Dynasty Legends: new version is coming! It is time to begin a new journey! Seize the seal and become the only King! Awaken the Genius and push your limits! A true hero always desires to be stronger!

Intense Battle Mode
One Versus All! Smash your enemies like mowing grass on your mobile phone. Fast battle pace, control your heroes to cast their unique skills. Wipe out thousands of enemies with a single hit!

Various Game Modes
Real-time Co-op and PVP, intense battles. Evade, block and counter attack. Your enemies & allies are all over the world. Can you be the hero of all heroes?
Giant Boss fight. Hunt them down with your outstanding control! No one can hold you back even the demons!
9V9 real-time PVP, fight alongside your friends and dominate the arena.

Legendary Heroes
More than 50 heroes from ancient battlefields are waiting for your command. Every hero has their own way to fight, choose wisely! Awakening mode, a breakthrough of the hero's power!

Customize Freely
Exquisite costumes and gorgeous wings for every hero. You're not only the strongest but also the coolest.

Mount Bloodline
Cultivate the mount via specific items and purify the mount bloodline to improve the attributes greatly and change the appearance of mount freely. A true hero deserves the best mount!

New Gameplay
Seize the Seal, a brand new Battle Royale mode, is available now! Fight with heroes from all over the world. The final winner will be the only king! It is a battle for the rise of the King! Who can survive? Come and challenge now.

New Cultivation System
Every breakthrough brings new fighting opportunity. The new cultivation system “Genius” will assist the hero to dominate the battlefield! You will become not only stronger but also cooler! Get the power of Genius and begin your legend!