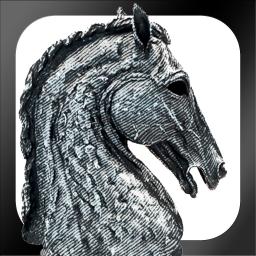 Watch the games in their entirety or pause mid game and play against this apps built in chess engine. Each game is showcased on a beautiful customizable board. You can also keep track of your favorite games by ranking them with 1 to 4 stars. There is even an option to email the games to yourself or friends.

As a bonus, this app comes with samples from ten of the other greatest chess players the world has ever seen. Find out what makes these players tick and sharpen your skills as you learn from the masters. You should purchase Garry Kasparov's Most Influential Games today.