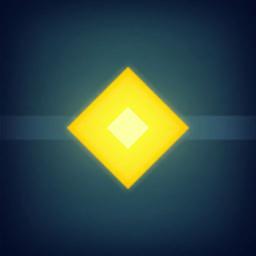 Linelight is an elegant, minimalist puzzle game set in a universe of lines. Its puzzles will awake your mind as the music flows through your body, gifting you a soft, relaxing euphoria. Linelight is for players of any age or level of experience.

ANYONE CAN PLAY
Movement is your only interaction. Whether you’ve played hundreds of games or this is your first, Linelight will provide you an intuitive and rewarding experience.

RICH CONTENT
Traverse through 6 worlds and over 200 unique puzzles, each new world loaded with variety and depth, a curious series of discoveries and surprise. A feast awaits any players looking for secrets and greater challenges.

SOOTHING MUSIC
Prepare to be soothed and energized, wrapped in a blanket of calm and focus, whisked away by a soundtrack that will open your eyes and relax your entire body.

IMMERSIVE STORY
You’ll make long-term friends along your journey. You’ll learn how to cooperate and overcome obstacles together. You will develop a relationship with bars of light without exchanging a word.

QUOTES
“Finding a game like Linelight feels like a blessing.” - GameSpot
“Linelight is nothing short of a stroke of genius.” - Hardcore Gamer (9/10)
“Bursting with design smarts… For a chilled puzzling time, they don’t get much better than this.” - Rock Paper Shotgun
“Pure, unadulterated gameplay.” - Polygon
“A crowning achievement in the puzzle genre… An unforgettably unique gaming experience.” - OPNoobs (9/10)
“Ingenious… The amount of times I said to myself ‘Ooh, that’s clever!’ was too numerous to count.” - God is a Geek (9/10)
“It’s difficult to fully explain the feelings Linelight’s soundtrack evokes… For me, it was a mixture of peaceful relaxation and the inspirational desire to go out into the world and succeed in life.” - OPNoobs
“My Dog Zorro has knocked it out of the park with this deceptively simple and deep puzzler… Linelight is not to be missed.” - PlayStation Universe (10/10)
“Linelight left me stunned by its sights and sounds.” - Video Chums (8.2/10)
“One of the most addictive puzzle experiences that I've ever played… [and] one of the best indie puzzlers ever made.” - Video Chums (8.2/10)
“Through intuitive level design and a steady difficulty ramp, Linelight is able to punch far above its weight class.” - DualShockers (9/10)
“One of the freshest puzzle experiences to grace the genre in recent years.” - The Sixth Axis (8/10)
“Within about eight seconds, it’s clear what you have to do, and there’s one word for it: lovely.” - Video Gamer