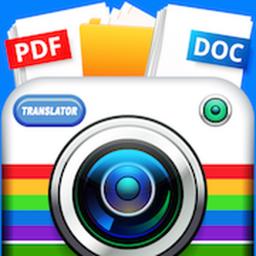 Translate text from photos and documents in any format, in any language with the help of camera. Trims the desired text and translate instantly

Translate Picture - Camera Translator is the most professional camera translator ever seen, it has no limits. It converts practically any document, the recognition of the camera is instantaneous and the conversion of documents to other formats is total. Compatible with formats in pdf, doc, png, jpg, and more.
Trims your images, photos or documents to translate the desired text. It is simple, it is easy, it is intuitive, it is the best translator with camera scanner that exists in the world. The translation camera recognizes texts in all languages and translates them for you.

Translate Picture - Camera Translator. Features and general functions:
- Translates texts with the camera instantly
- Compatible with more than 100 languages
- Recognizes text documents in pdf, doc, odt, rtf and other formats
- Recognizes photos and images in png, jpg and other formats
- Easy-to-use and intuitive interface
- Trims your pictures to translate only the desired text
- Share texts or images from any application, browser or web.
- Shares in text or audio your translations from the application
- Customizes your translator, with different wallpapers
- Expands your long translations
- Voice and audio recognition in more than 40 languages
- Double function to share your translations, audio or text.
- Unlimited translation history
- History Search
- Favorites in history and filters
- Modifies the order of translated texts
- Resizes the text font
Parts of the service translated by Microsoft ™. Parts of the service translated by Google Translate ™

Ideal for travel, tourism, or education, translate the rules of your hotel, or a menu of a bar, newspaper or magazine, camera translator can translate to virtually every language in the world, almost all physical and digital documents and photographs, translate with a camera is a reality. The best picture translator to translate pictures in other languages.

Shares photos directly from outside the application, browse the web and translate texts from pictures and documents. The most complete camera translator on the market.

Subscription information:
- Length of Subscription: 1 month ( 7 day free trial) or 1 year.
- Price: $4.99 per month billed monthly. $39.99 per year billed yearly.
- Subscription automatically renews unless auto-renew is turned off at least 24-hours before the end of the current period.
- Payment will be charged to iTunes Account at confirmation of purchase.
- Account will be charged for renewal within 24-hours prior to the end of the current period, and identify the cost of the renewal.
- Subscriptions may be managed by the user and auto-renewal may be turned off by going to the user’s Account Settings after purchase.
- Any unused portion of a free trial period, if offered, will be forfeited when the user purchases a subscription to that publication, where applicable.