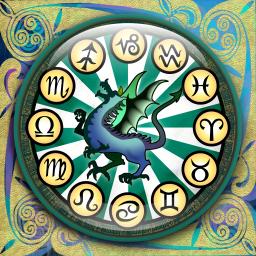 Pinball is not a game of luck, but a game of skill which requires the player to learn some techniques in order to fully appreciate its joy. Thanks to the special implementation of the ball movement following the laws of physics, the ball rolls on the playfield, accurately reflecting the player's skill in our pinball games.

After you master pinball techniques by LittleWing pinball games, give them a try when you find an arcade machine. Your technique will work almost the same, and you'll appreciate the beauty of the real arcade pinball.

Our pinball design goal in creating Crystal Caliburn II was to implement realistic ramps, and to reproduce the feeling of shooting balls up ramps at high speed. Our next goal was to have three balls in play simultaneously. There is a big difference in the techniques for keeping two and three balls going at once.

Crystal Caliburn II was designed to be a challenging game with many features. To get high scores, players should strategically decide which combination of features is most effective with the current playfield.

Try playing first without reading the game rules. Then read it and try again. You will find new ways to enjoy the game. Have fun!

The most famous of English kings, Arthur, is believed to be a real person who became the subject of many legends. Orphaned and unaware of his royal lineage, Arthur proved himself the true heir to the English throne by pulling the sword named Caliburn---also known as Excalibur---from a stone. (The end of the sword had been inserted into the stone by magic, and could be retrieved only by the rightful king.)

King Arthur and Queen Guinevere wisely and justly ruled the kingdom from the castle of Camelot. There, the most daring and chivalrous knights of the realm gathered at the Round Table. There are many intriguing stories of their adventures, ridding the land of monsters and obtaining magical treasures. And Merlin, the most powerful sorcerer of his time, was a mentor and a constant presence in Arthur's life.

But as times changed, the golden realm was gradually laid to waste. To save the realm, King Arthur and his knights needed to attain the Holy Grail, the spring of the eternal life, the greatest mystery. Each knight of the Round Table set out alone on their long, difficult quests for the Holy Grail.

Meanwhile, the kingdom was troubled with civil strife. Finally Mordred, the illegitimate child of Arthur, raised a rebellion which caused the Last Battle. Arthur, who received a fatal wound as he killed Mordred, ordered Sir Bedivere to throw the Caliburn into the lake. As he threw it, an arm emerged from the water---seized the sword, swung it three times, and disappeared into the depths of the lake.

The dying Arthur was taken to Avalon, the land of immortals (also known as the Glass Island) by the fairy queen Dame du Lac and the witch queen Morgan le Fay, Arthur’s half-sister. Thus, Arthur disappeared from the world; according to the legend, one day he will come back to life and return to rule England.