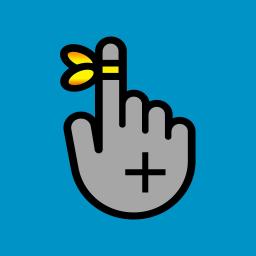 What could be kinder than a friendly RE.minder?

Is your To-Do list app full of To-Didn’ts? You meant to get them all done but you forgot to check it in time. Maybe, instead of a to-do list, you need RE.minder!

To-Do lists are great, and they can be useful to get organized. But sometimes, it’s not about organization. Sometimes, it’s about getting something done ON TIME. For that, we give you RE.minder, completely re-engineered to be faster, easier and even more useful.

** Set a RE.minder with as few as 3 taps and the magic of iOS’s local notifications will make sure you get the nudge you need, right when you need it. Even Offline! **

• Delay - one tap to reset or delay a RE.minder, without ever leaving the list!
• Bug Me - set a RE.minder to bug you every minute or every hour until you shut it off.
• Share a RE.minder via email. One tap, and they’ve set the RE.minder on their iOS device.

• You asked us for better notes, and we listened. Longer notes entry area and longer viewable notes in the RE.minder list! Go ahead and write a novel in there if you like! (Don’t write a novel)
• You can still reset a RE.minder with just two taps in the history tab but we’ve made it smarter. Reset a RE.minder for the same time or the same interval, or pick a new time.

So when you’re ready to turn those To-Didn’ts into Dones, download RE.minder PRO+!