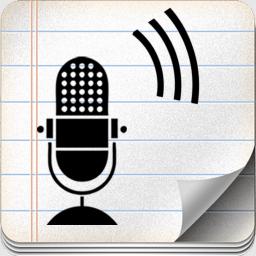 Just use your voice to send texts!
Speak into your phone and the app immediately convert your words into text.
No typing required! No keyboard needed!
Then you can use the dictation to send messages, emails, update your facebook status, tweet, and send Tumblr.
Microphone and voice recognition can't be integrated and shared with other applications

• Voice-to-text transcriptions that may be sent as SMS, Email, or pasted into any application using the clipboard
• Submit text to Social Networking applications – Twitter and Facebook
• Convenient editing feature that provides a list of suggested words

- Up to five times faster than typing on a keyboard
- The application is based on an intelligent speech recognition that improves with time.
- Automatic grammar correction
- An extraordinary precision in all situations
- A convenient way to send SMS messages, emails, update your Facebook or post messages on Twitter