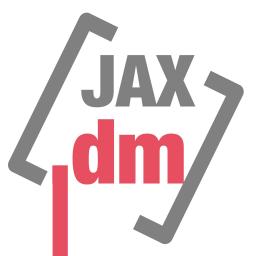 JAX Decimator continues our [!just!] series of specialised audio effect processors and delivers a distortion effect alike audio unit (AUv3), which is expert in degrading digital audio, controllable in realtime (also via direct MIDI controllers). It is registered as a MIDI controlled audio effect. Parameter automation is possible too.

Audio Units are Apples preferred method of providing shared audio components (extensions) for system wide usage on all of their platforms. Unlike with old IAA (Inter-App-Audio), multiple instances can be loaded and process audio streams concurrently. The extensions integrate into the external hosts and behave like their internal components, but running in a separate process.

Reducing resolution of audio surprisingly generates paradox but interesting sonic results due to the fact, that a wide range of new overtones is produced this way. Low fidelity audio of that sort therefore is a production secret of many professional musicians and also mostly the reason for the legendary characteristics of some ancient production equipment caused by the technical limitations of that time. Modern styles often will profit from controlled degradation of certain parts, adding som magic and spice to the entire result.

With JAX Decimator you can artificially and creatively degrade your audio streams mainly based on 2 fundamentally different reducing mechanisms. These are step-less sample rate reduction and fractional bit depth reduction. Additionally there are several specialised filters available to fine-tune the results of these quite raw sounding signal degenerators. The audio effect also includes some complex DSP boost from our analog modelled JAF Collection.

A manual is embedded into the distribution app, which works as a minimal audio unit host for testing the shipped extension. If you deinstall the app, the audio unit is removed also from the system and no longer available to other apps.

Why the audio units must be purchased on the macOS and iOS separately?

Currently there is no possibility to package these audio units for all platforms due to the fundamentally different architectures and Apples distribution politics.