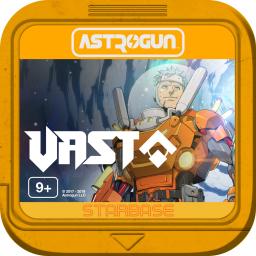 In VAST™, you play as Enzo, the security cyborg on the Aces High expedition starship, owned and captained by cat Michu, piloted by blue-skinned hot-shot Yori, and led around the galaxy by their exo-archeologist frog Jasper. When the team arrives at the mythical Frozen Star, they find their ship is in need of repair with the Vorid horde hot on their trail. But what lurks around them in the Vast? Find out in this fast-paced run-and-gun sci-fi action adventure!